Our grandparents Hubert and Friederike Knogler purchased the farm in 1960. Soon, pigs for fattening were placed in the vaulted rooms instead of cattle. The press house was still used as a processing area and storage facility for cider, since 60 buckets of cider (one bucket comprises 56 litres) had been produced annually in the press house until the takeover in 1960.

Hubert and Friederike lead the Grafhaid farm from a cattle and pig farm to a specialised pig farm with innovative cultivation of corn (my grandfather was the first in our region!), potatoes and grains.

Originally, the fields were cultivated by farmhands with horse and cart, but soon they were replaced by tractors and other machines. Consequently, the farmhands moved to work in commercial enterprises. Our historic tractor (26iger Steyr tractor) can still be found in our press house and is waiting for a caring restauration.

In former days, the harvest was time-consuming and exhausting and so families and neighbours helped each other on the fields. After the work was done, the harvest was celebrated with a lot of dancing and homemade crullers. The first harvester-thresher at the Grafhaidergut made work on the farm much easier and was the pride and joy of Hubert and his family.

Furthermore, the Grafhaidergut was the first farm with a telephone and a TV in the nearby region. Hence, children as well as adults often came to the Grafhaidergut in the evenings to watch TV together. “We also served them bread and ham to eat…”, told us our grandmother Friederike Knogler. 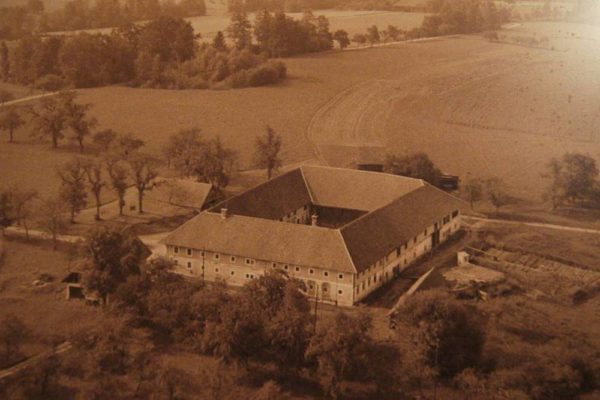 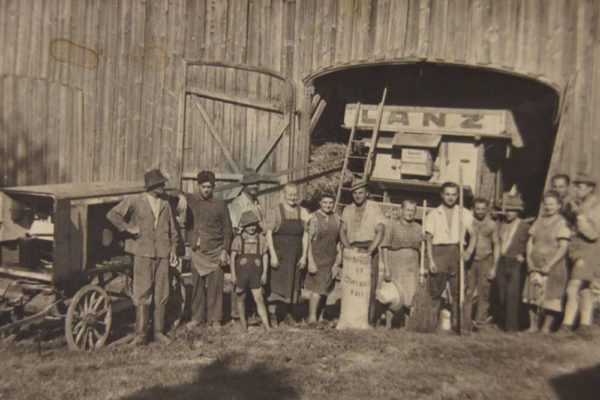 After handing over the farm to their only daughter Friederike, she continued to run the Grafhaid together with her husband Josef in a sustainable and economic way. We would really like to thank my parents for handing us over a farm, which offers us so many exciting opportunities.